Now that the Spring Visiting Season has drawn to a close I am able to return to my scribbles. Its been a joyful, weary time that begins around Memorial Day and ends now.  We’ve had proms, parties, Mothers Day, Fathers Day, and umpteen birthdays. Now that we have all been feted we can settle into a summer routine.

There has been some of this: 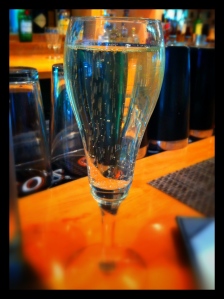 A lot of this: 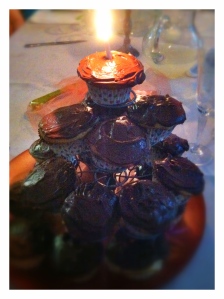 A touch of this: 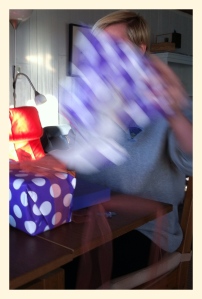 A bit too much of this:

and some of this:

The flurry of birthdays is, of course, nothing new to me. But this year, when my youngest donned a pair of wedges for one of our outings, she was as tall as her mother. This seemed to me to be a mark of time more definite than any other.

So I thought this would be a great time to share my birth story.

Just typing that made me laugh. But when I was first exploring the blog world and was naturally, curious about the ‘mommy blogs’ (to use their cloying soubriquet) I stumbled upon a perfectly innocuous post where the author included a link to what she called her “birth story’. Assuming it to be a unique and interesting tale, I clicked.  Did she give birth in a canoe? Whilst backpacking through the Andes? It turned out to be the story of a perfectly normal delivery – over several posts-that had nothing whatsoever to set it apart from the millions of others that probably happened on the same day. It had no inherent comedic, literary or informational value so why take the world in to a very personal, intimate and precious part of you private world? At first I thought the author had a touch of the loquor ergo sum but then I came upon more and more of the same. It became apparent to me that the ‘birth story’ was a widely accepted subset of the parenting blogs.

Human beings are social creatures, this we know. It comforts us to have the validation of others. Perhaps with the onslaught of social media we are having a bit of a difficult time drawing up boundaries between sharing and bare-ing Perhaps discretion will re-assert itself as we all become more accustomed to cameras in bedrooms and twitter at the table.

But not for love or money would I want to give up any of my private life. I care very much for my readers and blog colleagues but there are several rooms in which I would not seek your company, one being the delivery room. Hell, I didn’t even want to be there.

When we strip away our intimacy, what is intimacy worth?

Our natural inclination to gather knowledge has run amok and we are helpless to stop the influx of information. But once we know everything where is the interest? Its the not knowing that keeps our imagination engaged, its the mystery. Allow the imagination to run free, give it it’s head.  Open her up and see what she can do.

Imagination is more important than knowledge. For knowledge is limited to all we now know or understand, while imagination embraces the entire world, and all there will ever be to know and understand (Albert E.)

20 thoughts on “Secrets or Stories?”